Home > Strangers in a Strange Land*

Strangers in a Strange Land* 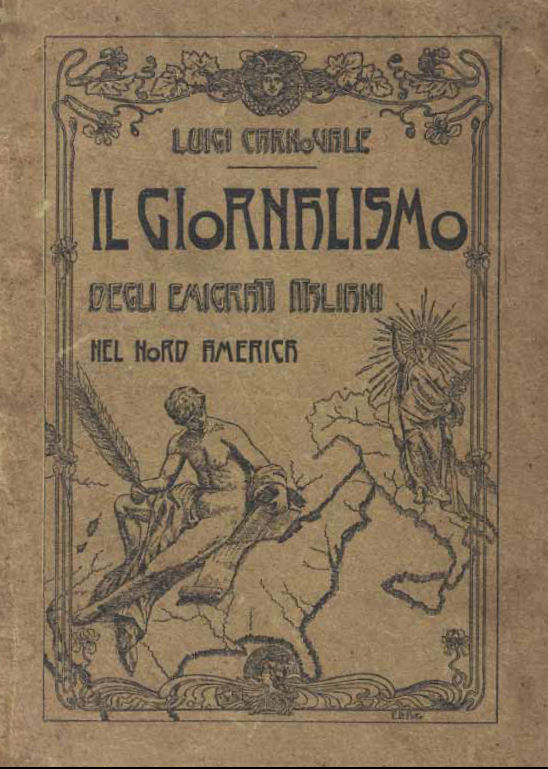 The Grolier Club is pleased to present a groundbreaking examination of the legacy of Italian-language publishing in pre-war America. Opening to the public on Sept. 20, Strangers in a Strange Land will showcase a wide range of literary works which entertained, educated and inflamed an Italian-language audience during a period of critical historical development. Drawn from the collection of James J. Periconi, nearly 150 books, pamphlets, broadsides, photographs and documents will illuminate this little-known literary field which wielded a lively social influence for generations.

The commonplace that all Italian immigrants to America immediately began to learn the English language, exclusively, for reading, writing and speaking is not entirely true. This exhibition provides a broad and representative sample of a once thriving Italian-language American book publishing industry that flourished in the U.S. especially in the 50 years before World War II, with its beginnings earlier in the 19th century.

This industry created and reflected a vibrant national literary and political culture among a broad spectrum of permanent as well as transient Italians living and working in the United States. The publishers included the Società Libraria Italiana, or Italian Book Company, which published Bernardino Ciambelli, the Balzac or Zola of Mulberry Street, for imaginative literature, and numerous political presses, such as Libreria dei Lavoratori Industriali del Mondo (or I.W.W. press), and those that were mostly the publishing arms of anarchist or other radical newspapers, such as Luigi Galleani’s Cronaca Sovversiva press and Carlo Tresca’s Il Martello press.

You can watch a video tour of the exhibition here.